Is Vietnamese Difficult to Learn?

Learning any language can be challenging, and Vietnamese is not left out. Vietnamese becomes even more challenging without a Vietnamese tutor if you're an English speaker. Although the grammar seems very simple, it is different from the common languages you're familiar with. The Vietnamese employ the Latin alphabet and Chinese characters as their basics but are strongly modified. It also uses several accentual diacritics and marks not found in the English language.

The Chinese characters symbolize both meaning and sound. However, a letter in the Latin alphabet only has a sound; the meaning is known only when the letters are formed into words, syllables, and morphemes.

Most words in Vietnamese are single-syllabic. However, many others are formed by compounding or reduplicating these simple words. Instead of learning hundreds of characters as in the Chinese language, you only need to learn the 29 letters to make the syllables you need.

Knowing the alphabet is not difficult; the real issue lies with pronunciation because Vietnamese is a tonal language. Learning Vietnamese online to understand and make statements with different tones is important. It is essential that you pronounce with the right tonal pitch, or you will not be understood at all.
For instance, the word "ma" is a base word with up to 6 different meanings because of differing tones:
mạ = rice seedlings
ma = ghost
mả = tomb
má = mother
mà = nevertheless
mã = code

There are many more of this words-hundreds-found in the Vietnamese language.
To learn Vietnamese with a private tutor, you might need a lot of time which can be a challenge on its own. But, Challenges, they say, build character.
The other difficulties won't matter if you put your all into it and remain patient. Patience is what makes around 90 million speakers in the world enjoy speaking Vietnamese.

How Long Does It Take To Achieve Fluency in Vietnamese?

The US Department of State's Foreign Service Institute (FSI) included Vietnamese in category 3 of the most difficult languages for English speakers. Their observation was that English-speaking students in the states spend around 1,100 hours to attain fluency.

However, they researched native English language speakers only. If you're a native speaker of tonal languages like Chinese, Japanese, or Thai, it might take you fewer hours. However, attaining fluency mainly depends on your attitude toward learning the language.

One of the best ways to learn Vietnamese or any language is to learn the most commonly used words. Basic words like "hello," "thank you," and "sorry" in Vietnamese are easy to learn. These words are important in that they can help you start a simple conversation with native Vietnamese speakers. Also, they improve your courage to advance in learning Vietnamese.

There are several channels you can learn these basic words and phrases from. One of them is the Vietnamese phrasebook or app.

Vietnamese is a tonal language. So the implication of this is that a single word with different tones can have different meanings. And it might get challenging when you speak Vietnamese, but people can't understand you because of incorrect use of tone.

In Vietnamese, there are six tones. So you can try to mimic what other Vietnamese native speakers say and how they say it.

If you put enough effort into correctly mastering, differentiating, and making statements with the tones, people will understand you better.

3. Practice with native speakers as much as you can

As important as it is to learn Vietnamese with private tutors, practicing with native speakers is better.

It gives you the chance to understand how the words you've learnt are correctly used in day-to-day conversations.

Furthermore, having a conversation with native speakers can assist in learning and using idioms and slang. These people also assist you in understanding their culture.

Signing up for language schools or creating appointments with a Vietnamese tutor can also go long.

4. Be consistent in learning and using new vocabulary

Learning 'hard languages' like Vietnamese, as stated by the FSI, requires a good attitude. Likewise, learning it fast requires consistency. The more time we spend in the company of someone, the more we remember their face. Also, the more time you spend with the language, the more you remember it.

You can begin to learn Vietnamese by spending between 20 and 30 minutes on it daily. However, once you get comfortable with it, you can increase your learning period to 1 hour or 2 hours per day. In addition, you can set daily reminders to inform you whenever it's time for learning.

Furthermore, rewarding yourself every time you attain a specific learning level can help you stay motivated. For instance, you can choose to treat yourself to nice Vietnamese food when you can correctly use ten Vietnamese proverbs or idioms in a day. Or, you can take yourself out to spend the day in a place you love to be.

As the saying goes, "You only don't finish what you don't start". Starting your Vietnamese learning journey today and being consistent until you attain fluency is a good choice. 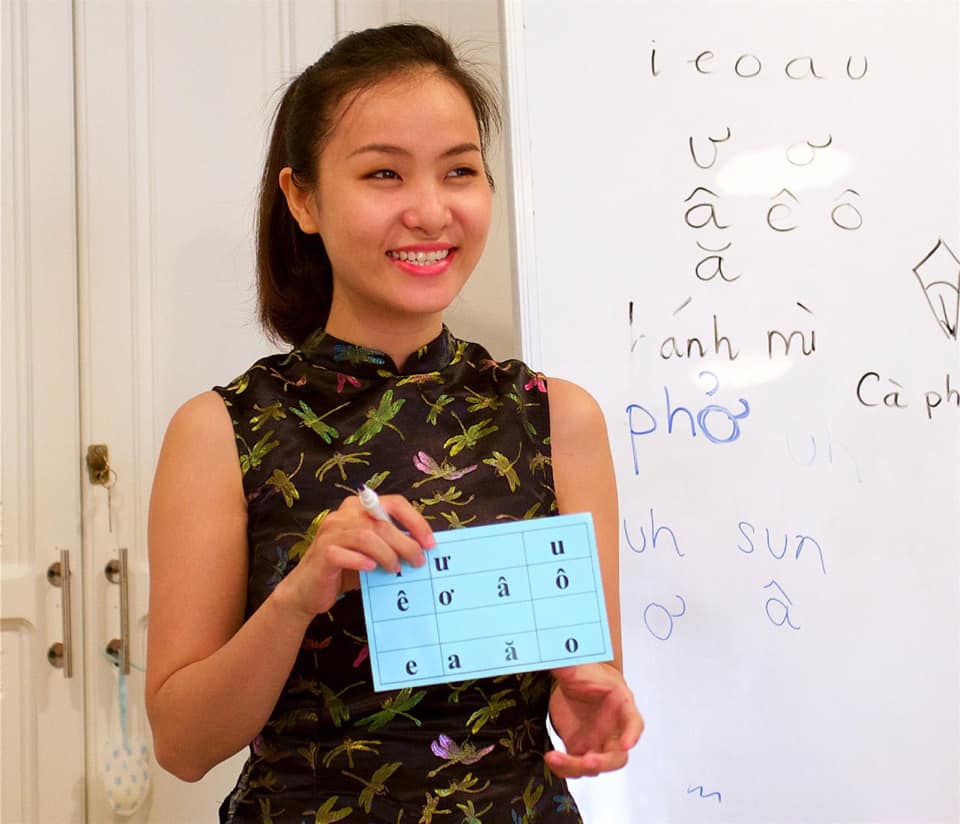 How Many People Speak Vietnamese?

Worldwide, about  86 million people speak Vietnamese. This is about 1.14% of the world's population. Out of the 91 million speakers, about 16 million are second-language speakers. An estimated 75 million are native speakers of the language.

The Vietnamese (Kinh) ethnic group has native Vietnamese speakers. While second language speakers learn Vietnamese because it is an official language in the country they live in. The Vietnamese's International Phonetic Alphabet is [tĭəŋ vìəˀt] for the Northern region and [tǐəŋ jìək] for the Southern.

How Many Countries Employ Vietnamese as their Official Language?

Vietnamese is the sole national and official language in Vietnam. It is the language spoken by the Vietnamese majority group and the ethnic minority population.

The Gin (formerly residents of three islands but now on the mainland in Southern Guangxi) people also speak the language.

In Laos and Cambodia, both of Vietnam's neighboring countries, there are also many speakers of Vietnamese. Hence, taking Vietnamese lessons is a good idea.

Vietnamese is among the most spoken languages in the United States. It is ranked fifth with well above 1.5 million speakers who live in a few states.

Vietnamese is recognized and named in the Czech Republic among the fourteen minority languages. The recognition is based on communities or groups of people that have lived in the country, traditionally or long-term.

The status also grants the group the right under law to make use of Vietnamese in judicial courts and with public administrations.

Why Should I Learn Vietnamese

Learning a new language depends on you and your reason for choosing to learn the language. You may want to consider taking private Vietnamese lessons because Vietnam is one of the developing countries with an active and promising tourist center.

The country shares the north border with China, the West with Cambodia and Lao, and the south with Malaysia, Indonesia, and the Philippines. Thus, it is strongly influenced by Buddhism, Taoism, and Confucianism values. And by learning to speak the language among about 80 million native speakers, you'll get to understand this diverse community of people.

Interesting cultural places to visit in Vietnam are:
Hanoi is the country's capital city.
The imperial city of Hue.
The ever-bustling city of Saigon.

You will also appreciate the natural views in the National Park of Phong Nha-Kẻ Bàng and the amazing Hạ Long caves.
The cultural richness of Vietnam makes it a fascinating place to be. The people of Vietnam have a lot of delicious dishes for you to choose from. You can also learn how the different dishes are made, including all the ingredients. Learning Vietnamese with a private tutor makes you fully appreciate all these.

In most cases, to study in Vietnam as an international student, you must take proficiency tests. These tests are conducted by public and private universities under the umbrella of the National University System of Vietnam.

Also, in case you're coming to Vietnam for a business or job search, you'd need to write a Vietnamese proficiency test as most employers require it. Taking Vietnamese lessons can increase your chances of securing a job in Vietnam.

In addition, the Vietnamese Ministry of Education and Training, under Circular 27, published a regulation regarding how Vietnamese proficiency tests should be organized for foreigners. The circular was effective from November 22, 2021.

Your reading, writing, and listening abilities will be examined on a computer or paper, whereas your speaking skills will be tested in interviews with examiners or online. To excel in the Vietnamese proficiency test, it's important that you enroll in Vietnamese private lessons.

The formats depend on how the test organizers want it, and you will be informed before you register. Regarding eligibility for these tests, the government allows tertiary institutions with literature studies, Vietnamese language studies, Vietnamese Culture studies, and Vietnamese literature teacher training. In addition, units selected by agencies in the state can also conduct training and tests. If you take any test within the six-level and pass, you will get a certificate issued by the Ministry of Education and Training.

How Can I Become a Tutor at TUTOROO

Becoming a tutor at TUTOROO is easy. You're not compelled or required to have certifications or qualifications to tutor in the city where you live. What's important is the knowledge of your native language as well as the confidence to teach people your native language. You can earn a steady income while teaching at TUTOROO, as many famous tutors make as much as $8000 monthly.

With TUTOROO, you can reach students interested in learning your mother tongue in person (physical classes) or online. Also, you can have your schedule full with classes as we can help you find weekly tutoring jobs.

One benefit of being a tutor on TUTOROO is that it's flexible, and you're sure to get weekly jobs. All you have to do is sign up here and get started. We typically respond within three working days.