Are you learning Thai? Then, you would be happy to know that there are many movies you could watch to help you improve your Thai language skills!

Thai is a fascinating language with about 40 million native speakers in the world as of today. Interestingly, the Thai language's grammar is quite easy to learn and understand. Having no declensions, conjugations, or inflections, making sentences in Thai isn't as complex as in some languages. Thankfully, with private Thai lessons in Singapore, Germany, China, London, or any part of the world, you're on your way to becoming fluent in Thai.

Thai can be quite strange for westerners as it differs completely from most western languages. The official language of Thailand, Thai is a tonal language having five tones, 36 vowels, and 44 consonants. Learning Thai online can help you master these vowels and consonants allowing you to speak Thai like a native Thai speaker.

If you're seeking fun ways to improve your Thai, then you'd love the following Thai movies. Although not as famous as Hollywood movies, these 10 Thai movies will keep you at the edge of your seat or make you laugh till your cheeks hurt. 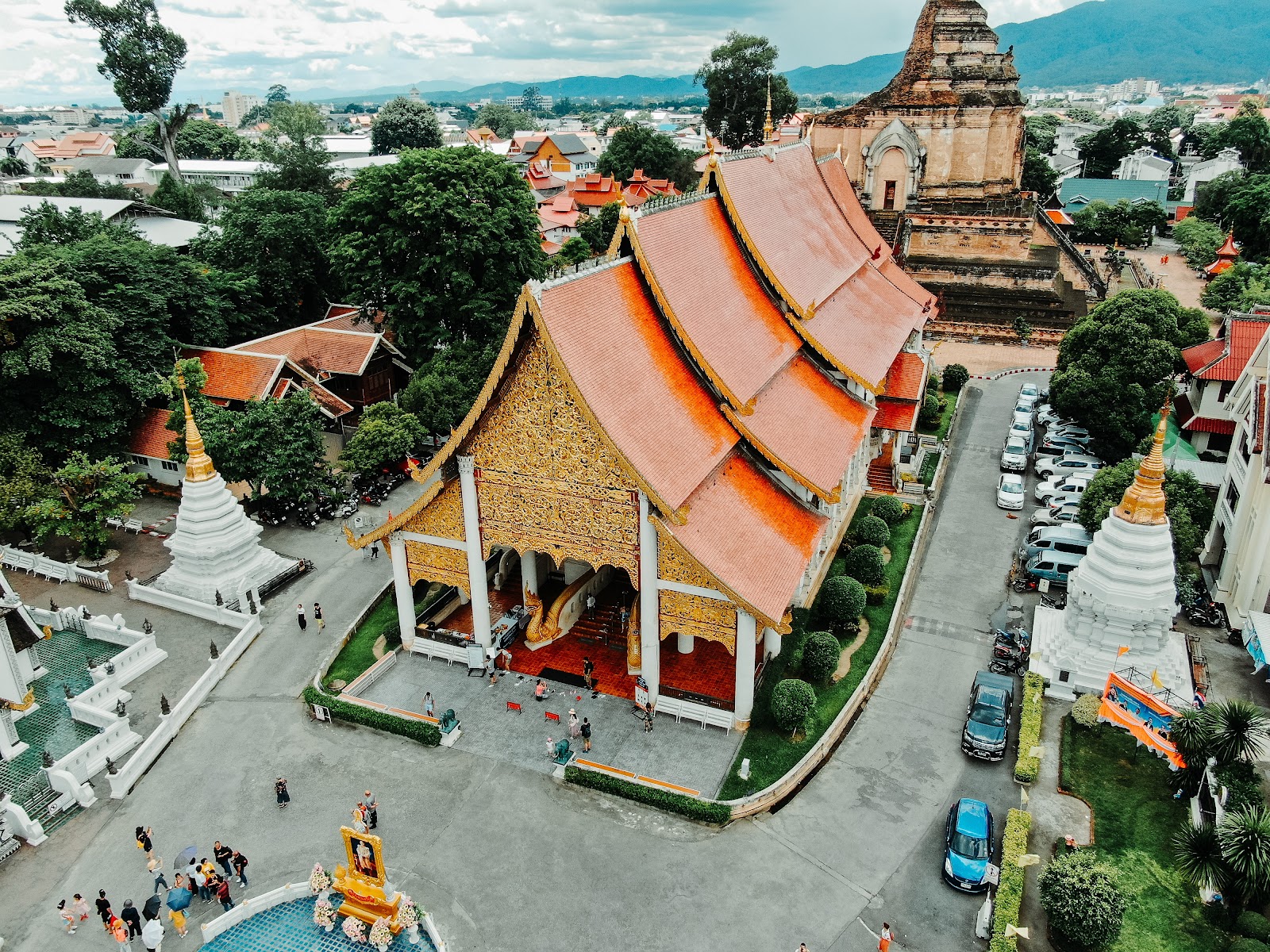 The story of แม่นาก พระโขนง (mâae nâak phrá-khà-nǒong) is quite famous in Thailand and can help especially if one is learning Thai online. It is a romantic horror movie that centers on a woman known as นางนาก (naang nâak). Her husband who happens to be a part of the military went to war. While awaiting her husband's return from the war front, she died pregnant with a child and turned into a ghost.

The people of Thailand believe this movie to be based on a true-life story that occurred during the period of King Rama 4. One proof showing that this story is indeed true is the woman's shrine at Máhǎabùt Temple.

Released in 2013 and amassing over 100-million Baht in one week after its release, พี่มาก…พระโขนง (phîi mâak phrá-khà-nǒong) is a must-watch. The revenue gathered in Thailand makes it one of the best Thai movies to learn Thai. 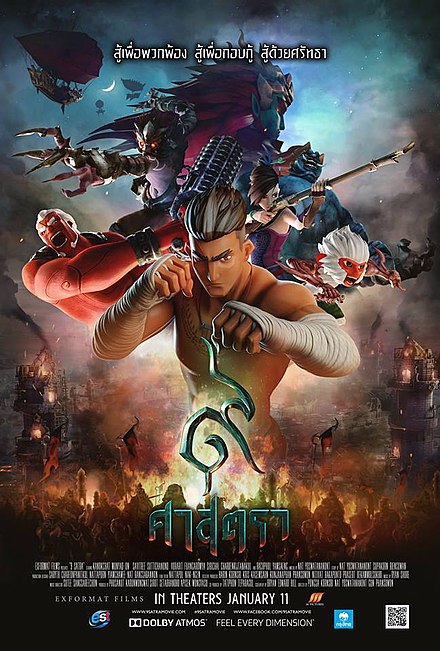 The next movie on our list is 9 ศาสตรา (gâo sàat-dtraa) and is a must-watch for anime lovers. If you're thinking of adding some fun to your Thai lessons, add this movie to your list. The story is about a young man who was destined to rescue the town he's from. อ๊อด (áawt), the young man, engages in Thai boxing which is known as มวยไทย (muuai-thai). Likewise, the movie's major theme is มวยไทย (muuai-thai). 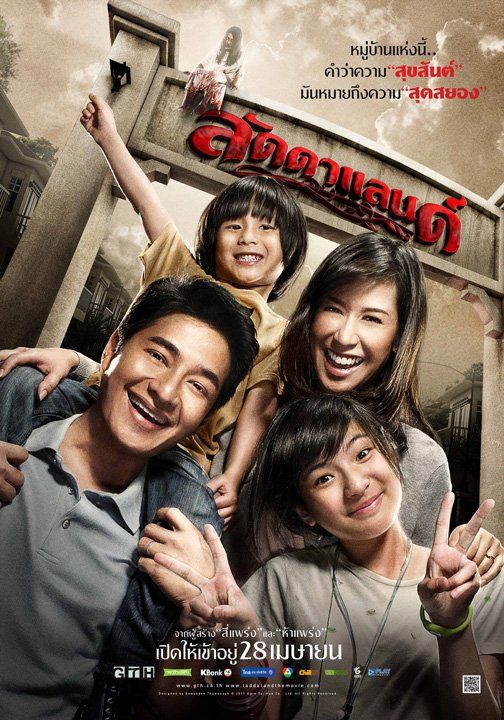 Like พี่มาก…พระโขนง (phîi mâak phrá-khà-nǒong), this film is known to be based on a true-life story. One place notorious for being creepy is Chaingmai in Laddaland. It derived its fame after a devastating murder took place there. The movie is about a man who in a bid to give his family the best life they deserved, moved to Chaingmai. ธีร์ (Thii) who happens to be the man in the movie, moved in with his family into the village on the day a woman was brutally murdered. Things took a scary turn for the family as the horror began. You can watch it here.

Typically, most Thai movies come with English subtitles for non-native Thai speakers. If you encounter words you don't understand, you can enroll in a Thai language course with a Thai tutor from Bangkok. 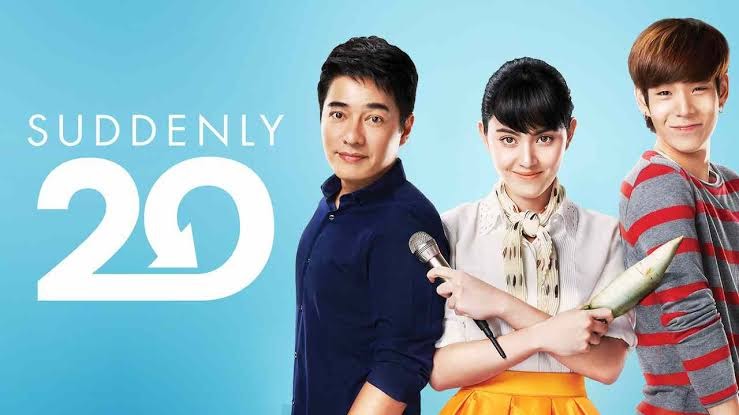 This movie is a romance and comedy Thai Netflix movie and a remake of Chinese and Korean movies. The story is about a stubborn 74-year-old grandmother who finds it difficult to be at peace with her immediate family.

Owing to her stubbornness, her family decides to ship her off to a nursing home. She gets wind of their plan and suddenly becomes 20 again. When this strange incident happens, she decides that she'd make the best of the opportunity and get close to her family. Find it here on Netflix. 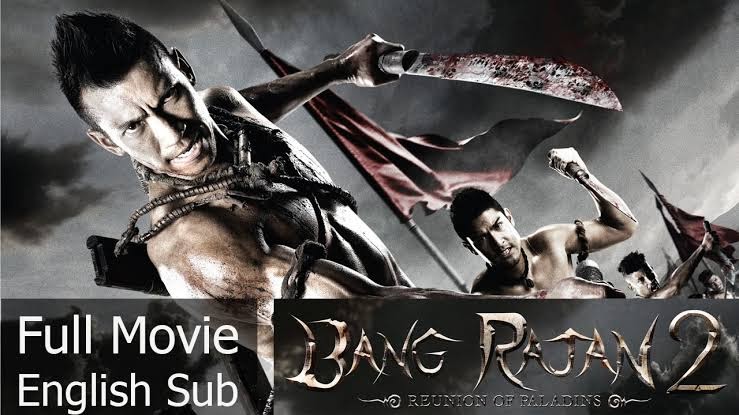 The 5th movie on our list is บางระจัน (baang-rá-jan) and it's a historical movie. The interesting twist to historical movies is that they teach you about the history of Thailand even as you're learning Thai.

The movie is about the หมู่บ้านบางระจัน (mùu-bâan baang-rá-jan) people or people in Baang-rá-jan village. They worked hard to lengthen the end of อยุธยา (à-yút-thá-yaa). Although they lost the fight eventually, they are seen as heroes in the history of Thailand. You can watch it here. 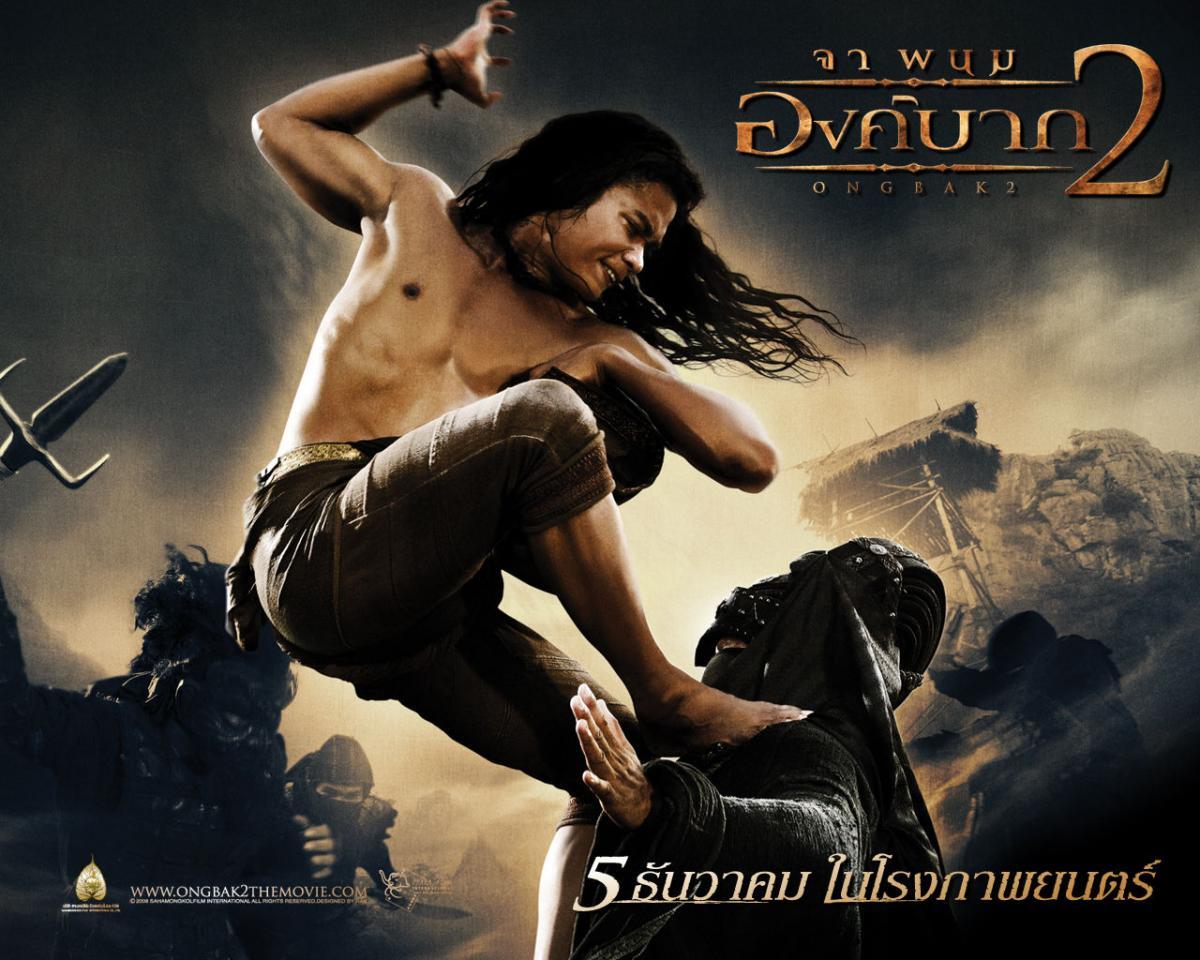 Action movies aren't left out on our list as we have องค์บาก (ong-bàak), one of Thailand's most famous action films on Netflix. The story is about two men on a mission to reclaim the stolen Buddha head from thieves. This story can keep you at the edge of your seat with thrilling action scenes and suspense.

The movie portrays the troubles these two men encounter on their mission and the hurdles they faced. Having to face the notorious mafia godfather, the two men will need all the assistance they can get. They do all they can to get back budda's head as the ordination ceremony is set to hold in just seven days.

Additionally, if you take online Thai lessons in Singapore, Germany, US or any part of the world, you'll love this movie. The movie's main character speaks Thailand's northeastern dialect, ภาษาอีสาน (phaa-sǎa ii-sǎan), helping you go efficiently hone your skills in speaking Thai. องค์บาก (ong-bàak) has gone to be one of Thailand's most successful movies showing on Netflix. Due to its success, there have been three other variations of the movie. 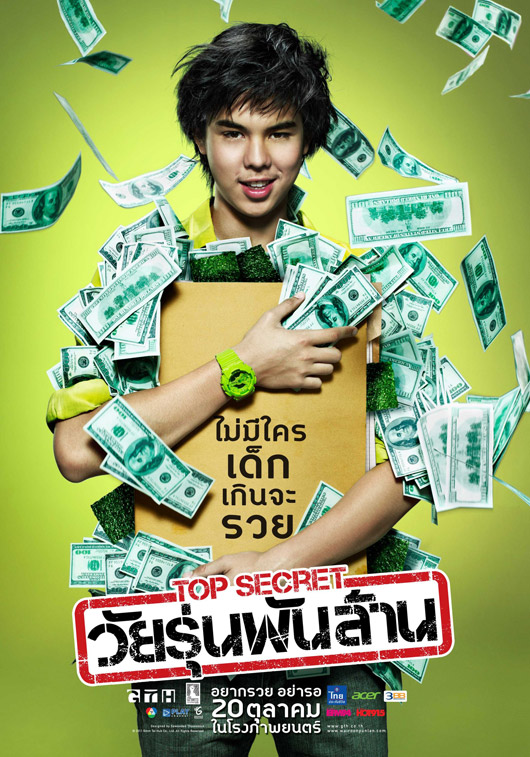 With วัยรุ่นพันล้าน (Top Secret wai-rûn phan-láan), we take you into the world of biographies! A real-life movie with highly didactic lessons, Top Secret wai-rûn phan-láan features ต๊อบ (dtâwp), founder of Taokaenoi Food and Marketing company limited whose company produces and sells seaweed snacks, a popular snack in Thailand. He founded the company at 19 when his family was unable to give him the needed financial support. Within 7 years of his launching, his company had grossed over 1.5-billion Baht in revenue. Perhaps, the most interesting twist to this story is that ต๊อบ (dtâwp) barely passed middle school. With this Inspiring movie, you can learn to speak Thai business lingo.

ราชเดช (Police Major General khǔn phan-thá-rák-râat-chá-dèet) is the story of a police hero who vigorously stood against the banditry, kidnapping, extortion in Thailand. For over 80 years, bandits have wreaked severe havoc on the people, deepening insecurity in every form.

From the moment Police Major General khǔn phan-thá-rák-râat-chá-dèet took his oath of office, he became a towering threat to the

bandits. The movie also added magic and superstitious features to build a more heroic character of the police general who goes on to investigate and depopulate the bandit cells springing up across Thailand. You will have fun discussing Thai culture and superstitions with a

private Thai tutor near you. 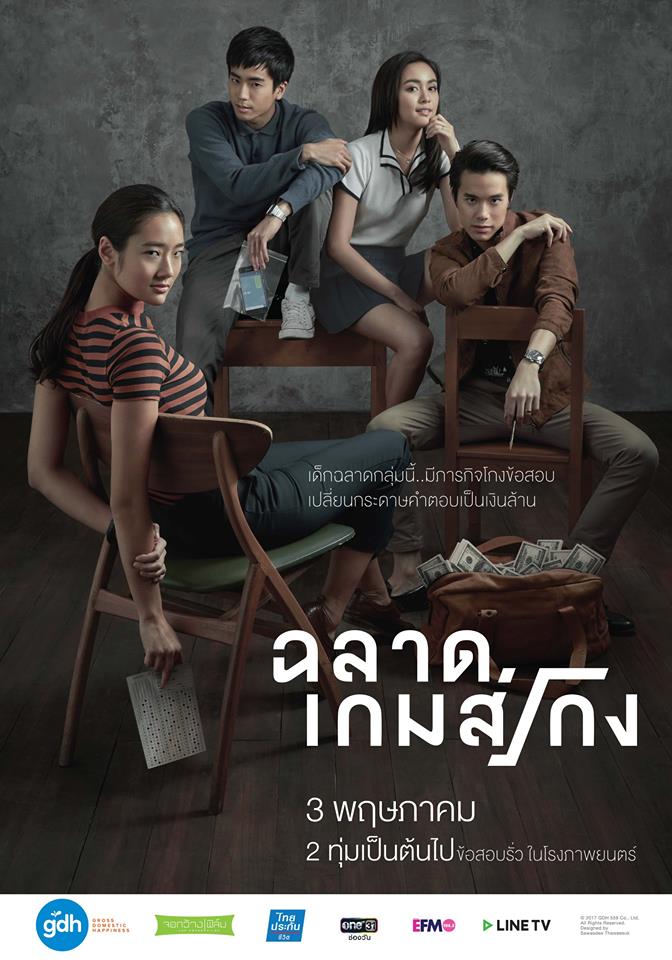 Representing one of Thailand's most successful movies showing on Netflix, Bad Genius is the story of a super talented student, ริน (Rin) who exploits her own intelligence in a pervasive manner. ริน sells test answers to classmates in exchange for money, in a bid to support her father’s finances and help her friends get into college. As the news of her academic genius begins to spread, she onboards more students, and alongside her friends, she goes on to stage the biggest examination fraud in Thai.

With every minute of the movie, we gain more insight into the educational structures in Thailand, the student culture, and most importantly the beautiful lingo of the Thai people! This movie features certain Thai lessons to help your mastery of the language. 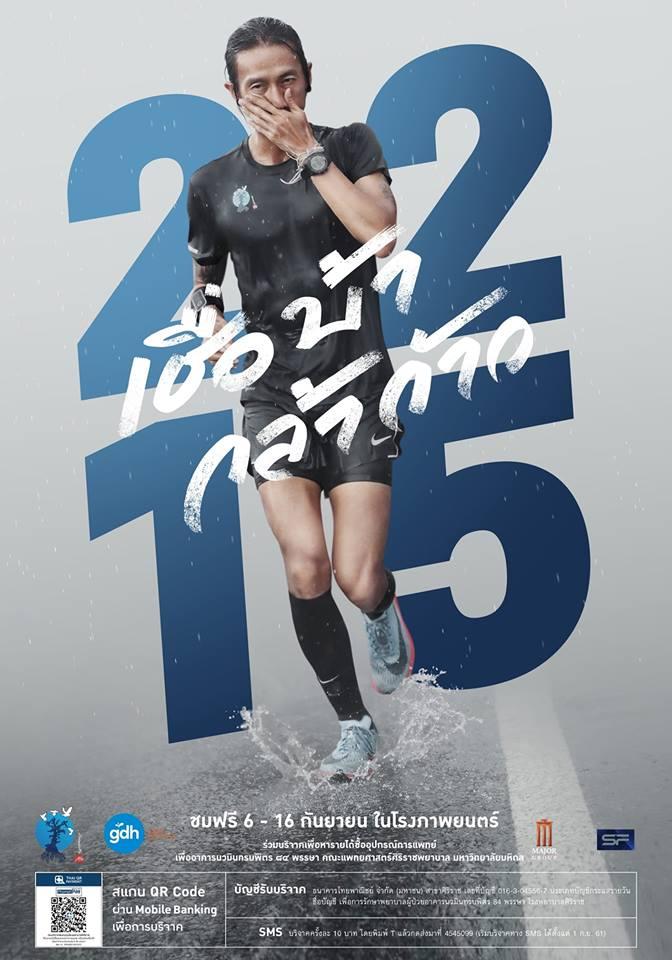 2215 เชื่อ บ้า กล้า ก้าว (chûuea bâa glâa gâao) is a documentary movie that captures the theme of sacrifice, diligence, and love for humanity. In 2017, there was a mega project to build eleven public hospitals in Thailand, which required huge financial support from the government and people of Thailand. อาทิวราห์ คงมาลัย or ตูน (Aa-thí-wá-raa Khong-maa-lai or Toon), a famous rock singer, tried to raise funds of 700-million Baht by running from the Betong district in Yala—the southernmost point of Thailand—to the Maesai district in Chaingrai, the northernmost point of Thailand.

This race takes him 55 days to complete, and the movie features people cheering him on, donating money, and wishing him success in his mission. But at every moment of the journey, we not only get to learn Thai, but we also see into the life of a man on a mission to advance the course of humanity. In the end, ตูน raised more than 1 trillion Baht for the project. You can watch it here.

Watching Thai movies will not only familiarize you with the beautiful lingo of Thailand, but it will also whet your appetite to learn to speak exactly like them. With the best private Thai tutor at TUTOROO, you can become fluent in Thai in no time. We make it super easy for you to learn any language of your choice at your own pace and at an affordable price. Check out our website to see available Thai tutors near you.