Is German Difficult to Learn?

German shares similarities with English as both are Indo-European languages. Therefore, German will be easier for a native English speaker to learn than it would be for a Korean native speaker. Also, German and English are both West Germanic languages.

Interestingly, German grammar and pronunciation aren't as hard as many think. They are pretty straightforward and relatively easy to grasp. Native English speakers will find German easy to learn as its vocabulary is almost 40% similar to that of English.

Furthermore, about 80% of words in English have a Germanic origin. For instance, "ich habe" in German means "I have" in English. Quite similar, right? Also, German is the second most widely spoken Germanic language after English.

One interesting part about pronouncing words in German is that they're actually spelt and phonetically pronounced the same way. With this knowledge, learning how to pronounce words in German won't be difficult. Again, in German grammar, plurals, cases, and genders follow simple rules. When you take private German lessons, you'd find that German is actually quite easy.

How Long Does it Take to Achieve Fluency in German?

Achieving fluency in German is pretty easy for an English native speaker. However, fluency in a language depends on some notable factors, such as:

Furthermore, according to the Foreign Service Institute (FSI), German is a category 2 language. This means that it's similar to English and achieving fluency won't take so long. Also, reaching a semi-proficient level in German takes about 30 weeks.

The fastest way to learn German is by full immersion. Full immersion will require that you relocate to a German-speaking community of Germany. Irrespective of where you relocate to, it's important that you're surrounded by native German speakers to be fully immersed.

Although full immersion is the fastest way to learn German, it may not be possible for everyone. You have responsibilities and commitments where you are at the moment. At this point, partial immersion with a private German teacher may be your best option. Also, when you take private German lessons, you can ask questions about areas you find confusing.

With a blend of resources and techniques, you can learn any foreign language, including German, easily. Having a great private tutor is an added advantage. However, you can't learn quickly if you don't take out time to practice frequently.

In the same vein, frequent practice without a private tutor may not give you the desired results. Although some might actually have the ability to learn a new language all on their own, the experience differs from learning with a native.

To learn German faster, it's important that you maximize the time you spend with your German tutor and your study time. Not only will you easily grasp the language but you'll also get exposed to German culture.

How Many People Speak German?

According to German language expert and linguist, Ulrich Ammon, people around the world that have, at some point in their lives, learnt German are around 290 million. Also, it is the official language of about six countries including Germany. Many foreigners would rather learn German than Spanish owing to how easy it is to learn.

Furthermore, in 42 countries in the world, about 7.2 million people belong to a German-speaking community or minority. German is one of the most spoken native languages in the world. Interestingly, the total number of people in the world that speak German is about 230 million.

Interestingly, in Germany, there are about 81 million speakers. The world has many German speakers outside German-speaking countries in Europe. Also, it doesn't depend on whether or not German is spoken as their official language or not. These speakers are regarded as "Deutscher Sprachraum".

One interesting thing about the German language is that it has three standard forms. They are Swiss German, Austrian German, and German. Also, it uses German umlauts alongside the Latin alphabet.

How Many Countries Employ German as their Official Language?

Additionally, you can find a sizeable population of people that speak German in countries like Paraguay, Argentina, Canada, Australia, the United States, and Costa Rica. However, these countries neither recognise German legally nor is it a major language.

Additionally, under Slovak law, German is a co-official language in Kunesov/Kuneschhau and Krahule/Blaufuss.

Here is a list of countries where some of the citizens speak at least one of the German dialects:

Furthermore, apart from the European Union, many other international institutions also recognise German as one of their official languages. These institutions are:

Why Should I Learn German?

Aside from German being an easy language to learn, it's also a widely spoken language worldwide. The German language has a rich history and culture. If you've been learning German and wondering if it's a good idea, here are the top benefits of studying German.

There is a popular saying that Germany is the home of poets and thinkers (Das Land der Dichter und Denker). Interestingly, a huge chunk of impressive achievements we have in the world today was initially conceived in the German language.

Additionally, there are well over a hundred Nobel prizes that have been won by Germans for their accomplishments in chemistry and medicine. Some of the fields where Germans have received Nobel prizes include literature, physics, law, and many other areas.

Many German companies are leading the global market

Being fluent in German looks good on your resume. Not merely because you're bilingual but because German companies are international market leaders. Having a German certificate can give you an edge over other candidates.

There's no denying the fact that Germany is home to international companies like Lufthansa, Adidas, Volkswagen, and Siemens. Germany hosts one of the largest international trade fairs in the world like IFA and CeBIT. Also, it hosts an exhibition on information technology which is the biggest in the world.

Many people refer to Berlin, the capital of Germany, as "Europe's Silicon Valley''. It's swiftly becoming the hub for innovative startups. You can improve your career opportunities by learning German with a private tutor.

Some other reasons to learn German include:

What are the Popular German Proficiency Tests?

Testing your level of proficiency in German will come with a certificate. Your certificate not only shows how proficient you are in German but it also looks good on your CV.

Additionally, getting permanent residency in Germany requires that you're highly proficient in German. Also, to get employment in any German company or teach in a German school requires high proficiency in German.

Here are the top two German proficiency tests you can take.

People who are seeking admission into any German university are required to take the Test Deutsch als Fremdsprache otherwise known as the TestDaf.

The TestDaf has four sections that are similar to other international proficiency tests. The four sections include writing, listening, reading, and speaking. The best way to prepare for the TestDaf is by reading the university's website thoroughly. There you'd find modules and courses relating to admissions.

Surprisingly, you may hardly come across any material to prepare for TestDaf written in English. The standard textbook used in preparing for TestDaf is “Fit für den TestDaF,”. You can easily purchase it from online booksellers.

Finally, the grading scale for TestDaf is unique as candidates are graded on a 3-5 scale. Candidates that score below three automatically don't have scores. However, scoring above three makes you extremely qualified for any German university.

The Goethe Zertifikat is an all-around test. You can use its certificate for immigration, academic, and employment purposes. Also, it's the most famous test that's accepted by any institution to show your proficiency in German.

Also, it follows the international standard of proficiency levels from advanced fluency (C2) to beginner (A1). Also, failing the test means failing the test. You won't get placed in a lower score bracket automatically.

To get ready for the Goethe Zertifikat, you have to watch factual videos and read newspapers. During the test, you should be able to understand formal German. Also, it's important that you're up-to-date about things happening in the world. 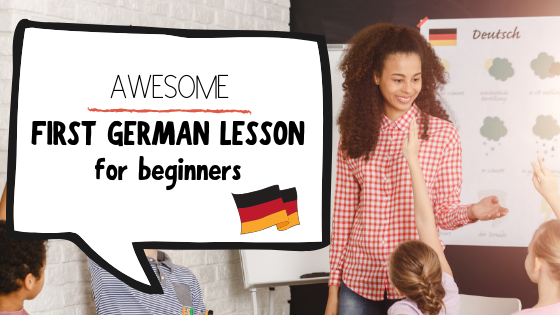 Can My TUTOROO Private German Tutor Prepare Me for German Proficiency Tests?

The Goethe Zertifikat is a rather difficult German proficiency test. To adequately prepare for this test, you must study with an experienced private German Tutor. Thankfully, TUTOROO private German tutors are not highly capable of getting the job done, they will walk you through the process and help you smash your learning goals.

TUTOROO private tutors are native speakers with firsthand knowledge of the German language. They can relate better to learning a new language as they may be ex-pats. One advantage of preparing for German proficiency tests with a private tutor is that you're able to study solely for the tests. Unlike learning German in a classroom setting, taking private German lessons allows you to learn in a conducive environment.

Additionally, if you have the option of taking lessons online or physically. If you're not satisfied with a particular tutor's teaching technique, you can request another tutor. Also, TUTOROO private German tutors have at some point prepared students for German proficiency tests. With this in mind, you can be rest assured that you're in safe hands.

How Can I Become a German Tutor at TUTOROO?

Becoming a German tutor at TUTOROO means you have to be a native German speaker. Also, you should be able to teach your native language to foreigners with ease. Also, TUTOROO doesn't require certifications or qualifications from tutors, however, tutors should be confident and passionate about tutoring.

To become a private German teacher at TUTOROO, our team will test you to ascertain your proficiency. Successful candidates will have their profiles public and can now begin to earn while tutoring.

Additionally, one good thing about teaching German on TUTOROO is that it can be a steady source of income. Famous tutors on TUTOROO earn as much as $8000 monthly. Also, tutors on TUTOROO get to decide on their mode of teaching (online or physical). To get to know more about how to become a tutor on TUTOROO, check our FAQs here.

Are you confident in your teaching skills and passionate about teaching your mother tongue? Do sign up here. You'll receive a response from us in about three working days.