How George Clooney and Jennifer Lopez Can Help With Tutoring Jobs All tutoring jobs have challenges, and one of the biggest for an English-language tutor is teaching grammar basics in a fun and fresh way. Worksheets and exercises are always helpful, but you need to draw on your creativity to plan relevant lessons that your students will remember.

One of the trickiest concepts for English-language learners is phrasal verbs – those phrases that indicate actions using a verb + a preposition. Not ringing a bell? Then this is something you need to look up immediately. (See what we did there? The phrasal verb is in bold.)

Let’s say your student already knows the verb “break” in all its tenses. Great! Now they’re ready for some phrasal verb fun. You’re the English tutor, but today George Clooney and Jennifer Lopez will assist you in teaching your student 6 phrasal verbs containing “break” and a couple idioms, just for fun.

We’re going to show you how discussing a film – in this case Out of Sight, starring Clooney and Lopez – can be an excellent way for students to practice some more complex parts of the English language. (For this particular movie, we’re assuming your students are young adults or older.) 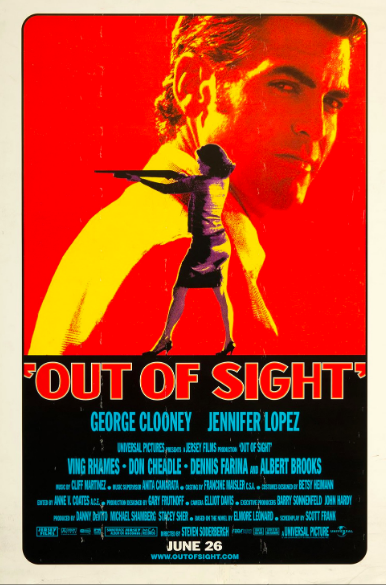 If you’ve never seen the 1998 film from Steven Soderbergh, which showcases Lopez and Clooney’s sizzling on-screen chemistry, you’re in for a treat. You can have your student watch the film in advance and plan on discussing it in a lesson or simply tell the story and create activities to go with it. It’s up to you whether to share the whole plot or not. Either way, your student will encounter the following phrasal verbs:

The film opens with career criminal Jack Foley, played by George Clooney, calmly robbing a bank. He doesn’t even have a gun. He walks up to the bank teller and explains that his partner is in the bank and has a gun in his briefcase. (This is not true. He simply points to a guy with a briefcase and the teller believes him.) He coolly collects the cash and strolls out of the bank. He almost gets away with the robbery, but there’s one problem. His car breaks down in the parking lot and he is caught by the police.

Foley ends up in a Florida prison, where he meets lots of colorful characters. He learns that a few of them have planned to break out of the prison and he joins them at the last minute. While escaping, he’s stopped by a Federal Marshal named Karen Sisco (Jennifer Lopez’s character). Despite her efforts, she gets overpowered by Foley’s friend Buddy and thrown in the trunk of her own car with Foley. Buddy drives, and during the long car ride, Foley and Sisco talk and flirt in the trunk. Thankfully no one decided to break wind (an important idiom to know) in those tight quarters! As the two chat, they realize they are attracted to each other.

Buddy stops the car so they can discuss a new getaway plan. Foley gets out of the trunk and while he’s talking with Buddy, Sisco grabs a small gun that she had hidden in her trunk and points it at Foley. He slams the trunk down and she begins to shoot through it. The criminals break away but this is not the last time Foley and Sisco will see each other.

Foley and Buddy retreat to a motel in Miami and make plans to rob a rich former prison inmate who used to brag about the uncut diamonds he kept in his house in Detroit. A tip leads an FBI team, including Sisco, to the motel where Foley and Buddy are staying. Sisco has been dreaming about Foley but she is focused on catching him. While the FBI team breaks through the door of Foley’s motel room upstairs, Sisco waits in the lobby and catches a glimpse of him taking the elevator down to the parking garage. He waves to her as the elevator doors close and she just sits there, stunned. 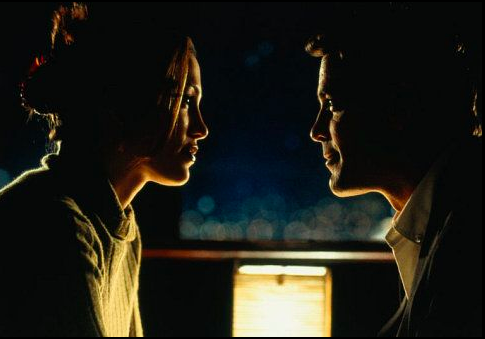 Once a criminal, always a criminal. Foley and some other friends from prison meet up in Detroit with plans to break into a posh estate and steal those uncut diamonds, and Sisco is on their tail. Foley is on Sisco’s tail as well. He calls all the hotels in Detroit until he locates her. He shows up at the hotel bar in a nice suit, and after a drink and some seductive conversation, they spend the night together. He leaves the next morning and meets up with his crew later to get the diamonds. 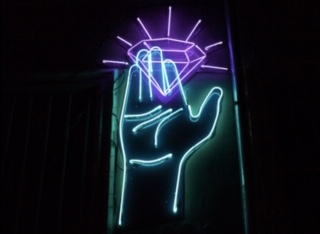 The break-in doesn’t go as planned. Some of the criminals on the team are really bad guys and they want to do terrible things. Even though Foley and Buddy secure the diamonds and have a chance to escape, Foley goes back in to make sure the people being robbed don’t get hurt. A lot of shooting ensues and the chaos ends with Sisco in the house pointing a gun at Foley. She can’t let him go, so she shoots him in the leg and waits for the FBI to arrive. I guess this means they have to break up. Or does it?

While being driven down to the prison in Florida, Foley rides with another criminal who says he has broken out of prison 9 times before. The guy says he was supposed to leave the day before but Sisco arranged it so they could ride down together. Hmmm. Will Foley catch a break?

If you’re teaching English, you’ll find that films can be both captivating and instructive. But students can only learn so much through watching. It takes a creative tutor to break down a film and highlight a series of phrasal verbs and idioms so the student can use them correctly in everyday conversation.

You can create a multiple choice quiz about the film’s plot, have your student retell the story in different tenses using the phrasal verbs...you have so many options to make this lesson your own. This is just one of the reasons a tutoring career is so rewarding: you get to work with students in unique ways to build their language skills and create a learning partnership.

Are you looking to build your student base? TUTOROO connects private tutors with students in over 50 cities around the world. You can join our network and find more English tutoring jobs near you right here.